Woodstock, GA (September 28, 2007)-Mike Swims passed away after a courageous seven-year battle with cancer this morning at his home with his family at his bedside. He was 42-years-old. Swims had a long and illustrious career in dirt racing, as he was a 2007 inductee in the National Dirt Late Model Hall of Fame.

Swims worked with his family as the Vice President and General Manager of Dixie Speedway and Rome Speedway since his teenage years, and he founded the Hav-A-Tampa Dirt Late Model Series in 1990. During his tenure with the HAT Series, which later became the United Dirt Track Racing Association (UDTRA), Swims brought the sport into the national spotlight by pioneering national television coverage. In recent years, he also was a special consultant to the Lucas Oil Late Model Dirt Series.

Under Mike Swims’ leadership, Dixie and Rome Speedways were well-known as two of the best promoted weekly dirt tracks in the country. Swims successfully promoted well-known national events including the annual Shootout for dirt late models since 1990, and many other special motorsports events that included Monster Truck shows.

While his professional accomplishments were many and have been well documented through the years, for those that worked with Swims, his greatest legacy was what he did for them on a personal and Spiritual level.

“God’s greatest blessings come in human form, and Mike Swims was a great blessing,” Lucas Oil Vice President Bob Patison said. “Mike’s faith caused me to take a serious look at my commitment to the Lord, and for that I will always be grateful to Mike. He was a good friend and an exceptional person. He was loved and he will be missed. Our thoughts and prayers go out to his family.”

“We are saddened by Mike’s passing, but after being in contact with him these past few days, I know that he’s in a better place called Heaven,” Lucas Oil Late Model Dirt Series Director and longtime friend Ritchie Lewis said. “Mike was a devout Christian and that was first in his life, his wonderful family followed and then racing. For those of us that worked for Mike, he would encourage us to put God first, so we know he has gone to be with the Lord. My favorite thoughts of Mike are the time we spent in pray together.”

“It was an honor and a privilege for me to have had Mike Swims as a Christian Brother, a friend, the best man at my wedding, a boss, and a professional colleague for over 20 years,” Former UDTRA Public Relations Director Roby Helm said. “Mike personified and set the standard of what a motorsports professional should be. His number one concern for me was my walk with our Lord, and we prayed together during both good times and bad times in our lives before we talked shop. He will be missed by me, and the entire motorsports community.”

“Everyone knew the ‘racing’ Mike Swims, but I was fortunate enough to know ‘The Man’ Mike Swims. This is a man who put God, family and friends, and career in the right order. As successful as he was in the racing industry, Mike always felt that his commitment to his wife, children and family was his greatest accomplishment. As his brother-in-law, it is such an honor to see the example Mike set as a husband, father and friend,” said Marshall Green.

Mike Swims is survived by his wife of 21 years, Debra; 16 year old daughter, Breanna a junior at Woodstock High School; 18 year old Chase a freshman at University of Alabama; his parents Mickey and Martha, sister and brother-in-law, Mia and Marshall Green; nieces Macy and Marla Green. 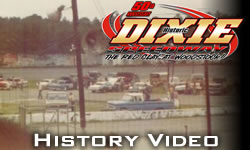 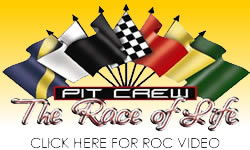